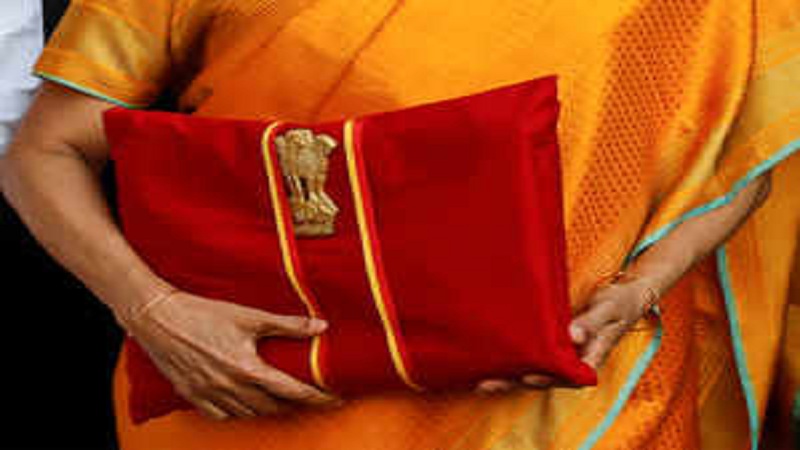 NEW DELHI:?Finance Minister Nirmala Sitharaman's Budget for 2020-21 was light on new structural reforms, Fitch Ratings said on Wednesday adding ?it has not materially altered its forecasts for India's economic growth to rise to 5.6 per cent in the next fiscal from 4.6 per cent in 2019-20. "We believe it is highly unlikely the country's general government debt will be brought within the ceiling of 60 per cent of GDP by FY25, as stipulated in the Fiscal Responsibility and Budget Management Act," it said.

Fitch projected that the government debt will remain close to 70 per cent of GDP throughout the period to 2021-22. "India's high public debt levels are a weakness relative to its rating peers (the BBB median stood at 41.1 per cent in 2019)," it said. The Union Budget 2020-21 implies a modest degree of slippage from previous targets to consolidate public finances, it said.

"However, its contents are consistent with our expectations when we affirmed the country's sovereign rating at 'BBB-'/Stable in December 2019.?" The Budget projects a deficit of 3.5 per cent in 2020-21 and implies a further postponement of the central government's medium-term fiscal deficit target of 3 per cent of GDP as it prioritises efforts to support economic growth in the context of the ongoing sharp slowdown. "A slippage of 0.5 per cent of GDP in both FY20 and FY21 relative to the earlier targets is in line with the tendency for deficit outturns to exceed targets in the past few years," Fitch said. Sitharaman projected that the deficit would fall from 3.8 per cent of GDP in 2019-20 to 3.5 per cent in 2020-21.

"We believe most assumptions in the budget, such as nominal GDP growth of 10 pr cent and a 9.2 per cent rise in fiscal revenues, are credible," Fitch said. "However, risks are likely skewed towards the downside, particularly for revenues in light of previously announced cuts in the corporate income tax rate and newly unveiled income tax rate reductions." The tax cuts may stimulate economic activity in the medium term, but their impact on fiscal revenues is likely to be negative in the short term, it said. "The Budget was light on new structural reforms, although the government had already unveiled some measures last year," it said. The finance minister announced some easing of restrictions on foreign portfolio inflows, and schemes to encourage manufacturing in electronics and textile sectors.

"However, we have not materially altered our forecasts for India's economic growth, which we expect to pick up to 5.6 per cent in FY21 from 4.6 per cent in FY20," it said. Fitch said a number of steps affecting financial institutions were announced in the budget, but they only partially address the issues that are facing the sector. For example, the extension of the credit guarantee mechanism to the debt of troubled non-bank financial companies will likely help provide some interim support for wholesale and housing-finance companies, but is unlikely to restore confidence in a sector that continues to face high risk aversion from creditors, it said. "Another downside risk in the government's fiscal projections is the degree to which it expects asset sales to fill the revenue gap left by tax cuts.

Its divestment target for FY21 is around 3x as large as its expected total for realised sales in FY20. "To achieve this, the government would have to address its persistent tendency to fall short of announced asset-sale targets; asset sales in FY20, for example, were only 40 per cent of the planned total," Fitch said. The rating agency said greater fiscal transparency around off-budget financing is a welcome change. "The new budget recognises borrowing from the National Small Savings Fund of 0.8 per cent of GDP in both FY20 and FY21, although this is in an annex and not incorporated in the headline deficit figure. "If this off-budget spending were taken into account and divestments treated as a below-the-line financing item rather than revenue, in line with international norms published by the IMF, the deficit would rise from 4.9 per cent of GDP in FY20 to 5.4 per cent in FY21, according to our calculations," it said.