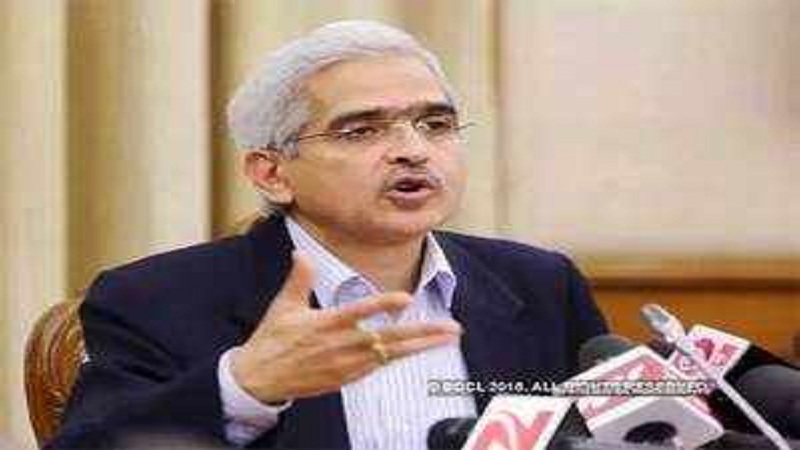 MUMBAI: Banking Sector - The changing technology landscape would challenge the traditional banks with Fintech and Big Data driving growth, but banks would continue to be in a position of primacy in finance with them adopting evolving technologies, Reserve Bank of India Governor Shaktikanta Das has said. Even as technology firms provide the tools for reaching customers and enhancing credit assessments, they would be ‘service providers’ to customers on their own or act as agents of banks, he said at a conclave in Mumbai.

Laying out how four categories would serve Indian finance, Governor Das said, the first one would be big banks with domestic and global presence, then the mid-sized banks, third one would be small finance banks and the fourth one would be digital players. ``The fourth segment may consist of digital players who may act as service providers directly to customers or through banks by acting as their agents or associates,’’ said Das. ``The reoriented banking system will of course be characterised by a continuum of banks.

The banking space would also include both traditional players with strong customer base and new technology led players.’’ India is increasingly populated by Fintech firms which are contributing to ease of doing transactions and improve credit assessments. But the regulator continues to prefer banks over the innovators because of the wider financial stability issues and their capital positions. The governor also issued a word of warning for the traditional banks.

The emergence of big tech companies into the financial services landscape of the country, he warned, will pose a challenge for these traditional lenders if they don’t modify business models in line with the changing technology realities of the time. “Banks are not only facing competition from Fintech companies but also from large technology companies (BigTechs) which are entering into financial services industry in a big way, said Das addressing an industry gathering at Mint’s Annual banking conclave here on Monday.

The low-cost nature of their businesses and the use of big data to assess the riskiness of borrowers and thereby reducing the need for collateral these big Tech businesses can easily be scaled up to provide basic financial services to the unbanked population, he said. “These developments pose a challenge to banks as well as banking regulators,” Das said. “All these mean that the future of banking will not be a continuation of the past. We would see a very different banking sector, in terms of structure and business model, in the coming years.” Typically, big tech companies include US based Google, Amazon, Facebook and Apple.

The financial services arms of these companies are already making significant headway into the business subsets of India’s banking industry such as payments and money management. The answer, governor Das said, for state run banks would be to increase synergies in workforces, branches and operations to “meet the future challenges.” “The focus has to be on ushering in significant improvements in efficiency and rationalization of scarce capital to meet the capital adequacy requirements,” said Das. “Investments in technology and skill building has to be stepped up. Bigger and agile banks may be able to reposition themselves with better branding exercises, backed by improved technology, skills and business models.”