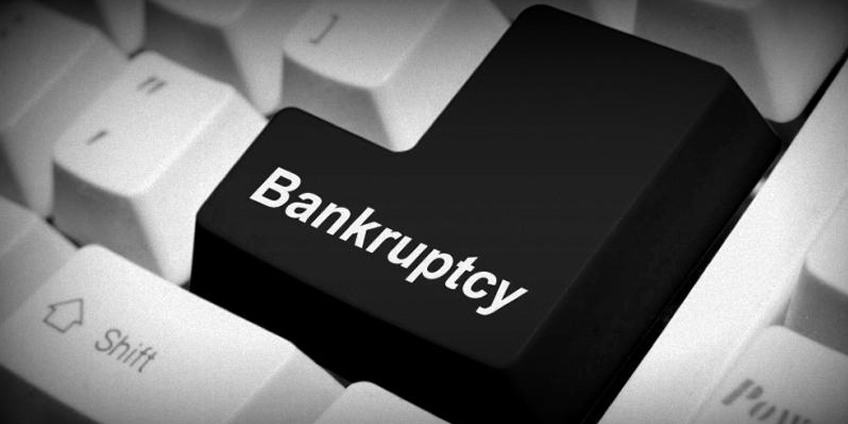 India ushered into a new bankruptcy regime in 2017 with the enactment of Insolvency and Bankruptcy Code 2016 (“Code”). The Code is currently going through initial stages of teething issues, which every law has to endure especially during the early phases. This article discusses important judgments delivered by the Supreme Court, which settled certain major issues cropped up while implementing the Code.

The Code Vs state laws In one of its first major ruling under the Code, the apex court in Innoventive Industries Limited Vs. ICCI Bank & Anr[1] analyzed repugnancy between the Code, which is a Central law, and Maharashtra Relief Undertakings Special Provisions Act 1958, a State legislation. After examining Article 254 of the Constitution of India, which deals with repugnancy between Central and State law, the Supreme Court held that in the event of any repugnancy between any State law and the Code, in respect of matters relating to bankruptcy and insolvency, the Code would prevail over such State laws. The Court made the following points:

The petitioner in this case approached NCLAT invoking its inerrant jurisdiction under Rule 11 of National Company Law Appellate Tribunal Rules 2016 (“NCLT Rules”) for withdrawal of the application on the basis of the consent term agreed between the parties. Rule 11 allows NCLAT to make orders for meeting the ends of justice. However, NCLAT refused to invoke its inherent power for this purpose. The petitioner challenged the order of the NCLAT before Supreme Court. The Supreme Court upheld the view of the NCLAT and held that NCLAT cannot invoke its inerrant power to allow the parties to withdraw the application after admission. However, Supreme Court invoked its own inerrant power under Article 142 of the Constitution and allowed the parties to withdraw the application on the undertaking of the appellant to pay the outstanding dues to the applicant as per the consent terms.

Relaxation of time period The Code prescribes a time bound process for handling insolvency applications. The sanctity of some of these time limits has been tested before the Supreme Court in Surendra Trading Company Vs. Juggilal kamlapat jute mills Company Limited and others[4]. The question before the Court was whether time limit of 7 days prescribed under the Code for rectifying or removing defects in the application filed by an operational creditor for initiating corporate insolvency resolution is mandatory or not. Section 9 of the Code deals with initiation of corporate insolvency resolution process by operational creditor. The section grants 14 days period to NCLT to accept or reject an application after the receipt of the application. However, before rejecting an application on the ground of any defects, NCLT has to give a notice to the applicant to rectify the defects and seven days period is given to the applicant to remove the defects.

The Court further observed that NCLAT’s conclusion cannot be justified on the ground of the time period of 180 days given in the Code for completion of the resolution process because the period of 180 days commence from the date of admission of application. Period prior to that, such as time consumed for scrutinizing the application, rectifying defects in the application or NCLT admitting the application etc. cannot be taken into account. In fact, till the objections are removed, it is not to be treated as application validly filed. It is only after the application is complete in every respect; it needs to be entertained. Under this scenario, the Court held that making the period of seven days as mandatory does not serve any purpose. The Court observed that in a given case there might be weighty, valid and justifiable reasons for not able to remove the defects within seven days. Accordingly, the provision of removing the defects within seven days is directory and not mandatory in nature.

Elaboration of definition of dispute In a land mark judgment in Mobilox Innovations Private Limited Vs. Kirusa Software Private Limited [5] the Supreme Court clarified the interpretation of the term ‘dispute’ under the Code as a dispute raised by the operational debtor prior to the issue of demand notice, even though no suit or arbitration is pending in respect of such dispute. The Code mandates that NCLT shall reject an application for corporate insolvency by an operation creditor, if the debtor has served a notice of dispute upon the operational creditor. Such notice of dispute shall bring to the notice of the operational creditor ‘existence of a dispute’ or the fact that a suit or arbitration proceeding relating to a dispute is pending between the parties prior to the issue of demand notice by the operation creditor. The question before the Supreme Court was whether only a dispute pending before the court or arbitral tribunal could stop the insolvency proceedings or any other kind of dispute would qualify the criterion.

After examining section 8 (6) of the Code[6], the Court held that the interpretation of the term ‘existence of dispute’ includes dispute raised by the operational debtor prior to the issue of demand notice, even though no suit or arbitration is pending in respect of such dispute. Accordingly, an email send by the debtor, raising dispute, prior to the issue of demand notice by the creditor, will also fall under the definition of dispute under the Code. NCLT only has to examine, at the stage of admitting or rejecting an application, whether there is a plausible contention which requires further investigation and the ‘dispute’ raised by the operational debtor is not a patently feeble legal argument or an assertion of facts unsupported by evidence.

However, while doing so, NCLT is not required to satisfy whether the dispute would ultimately succeed or not. So long as dispute truly exists in fact and is not spurious, hypothetical or illusory the NCLT has to reject the application. The Supreme Court also examined definition of ‘dispute’ under section 5 (6) of Code [7] to consider whether dispute should fall under the three categories mentioned in the definition viz: the existence of amount of debt; quality of goods or services; or breach of representation or warranty. The Court held that the definition is inclusive one as it only deals with suits or arbitration proceedings relating any one of the three categories and not any other kind of dispute. So long as there is a real dispute between the parties even though it does not fall under the above three category, it would fall under the inclusive definition of dispute under section 5(6) of the Code. Hence, dispute raised by the debtor regarding breach of an NDA by the operational creditor in respect of the service provided the operational creditor was held to be a dispute with in the meaning of the Code.

The requirement also created an obstacle for foreign creditors to invoke the Code against operational creditors in India, as foreign creditors generally don’t have bank account in India and certificate from foreign bank does not satisfy the criteria under the Code. Regarding this issue, the Supreme Court held that the requirement under Section 9 (3) (c) regarding the certificate from the financial institution is not a condition precedent to trigger the insolvency process under the Code but can only be considered as a piece of evidence. The Court went on to add that the important condition precedent to trigger the Code is occurrence of a default, which can be proved by means of other documentary evidence also and not necessary only through certificate from financial institution. The Court also categorically stated that the Code allows foreign operational creditor to invoke the Code despite the fact that such operational creditor may or may not have a bank account in India. The second issue under consideration was whether lawyer could issue demand notice under the Code on behalf of operational creditor.

Conclusion Owing to the active involvement of judiciary, the Code is rapidly evolving with each passing day. We expect that the apex court will settle various other pending issues by this year, paving the way for a smoother path for insolvency and bankruptcy regime in the country. Endnotes [1] Civil Appeal Nos. 8337-8338 of 2017. [2] Where a law made by the Legislature of a State with respect to one of the matters enumerated in the concurrent List contains any provision repugnant to the provisions of an earlier law made by Parliament or an existing law with respect to that matter, then, the law so made by the Legislature of such State shall, if it has been reserved for the consideration of the President and has received his assent, prevail in that State.

Provided that nothing in this clause shall prevent Parliament from enacting at any time any law with respect to the same matter including a law adding to, amending, varying or repealing the law so made by the Legislature of the State. (Article 254 (2) of the Indian Constitution). [3] Civil Appeal No. 9279 of 2017. [4] Civil Appeal No. 8400 of 2017. [5] Civil Appeal No. 9405 OF 2017. [6] “[e]xistence of a dispute, if any, and record of the pendency of the suit or arbitration proceedings filed before the receipt of such notice or invoice in relation to such dispute”. [7] “Dispute” includes a suit or arbitration proceedings relating to— (a) the existence of the amount of debt; (b) the quality of goods or service; or (c) the breach of a representation or warranty. [8] Civil Appeal No.15135 OF 2017.