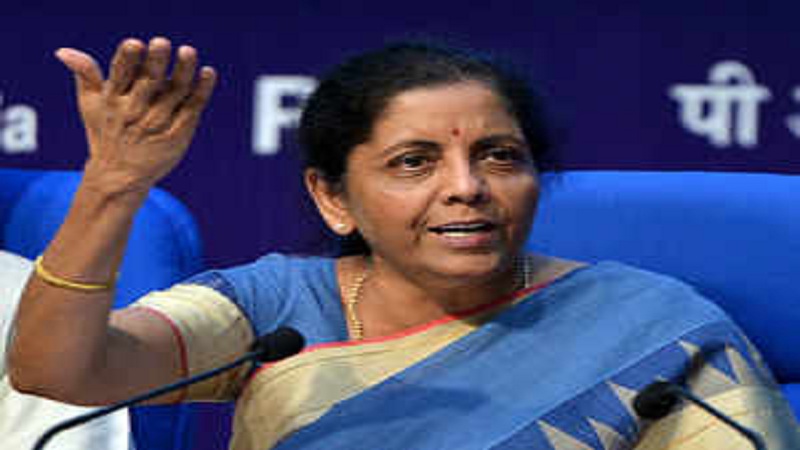 New Delhi: The government on Tuesday said banks and select financial institutions have reported frauds of over Rs 1.43 lakh crore during the April-December period of the current financial year. Replying to a question on banking frauds and action taken against fraudsters, Finance Minister Nirmala Sitharaman said the government in 2015 issued a framework for timely detection, reporting and investigation related to large-value bank frauds to public sector banks (PSBs). The framework was issued to deal with bank frauds exceeding Rs 50 crore, if classified as non-performing assets.

The government also instituted wide-ranging structural and procedural reforms through the framework and other steps to check frauds in banks. She said the Reserve Bank of India in its Financial Stability Report of December 2019 observed that the framework has helped unearth frauds perpetrated over a number of years. "While this is reflected in the increased amount involved in frauds of Rs 1 lakh and above, reported by scheduled commercial banks (SCBs) and select financial institutions, increasing from Rs 10,171 crore in the financial year 2013-14 to Rs 1,43,068 crore in first three quarters of FY2019-20," Sitharaman said in a written reply in Rajya Sabha. She also said that as a result of the comprehensive measures taken to check bank frauds, there is perceptible decline in the amount involved in fraud by 'year of occurrence'. The minister added that the amount involved in fraud has reduced sharply from the peak of Rs 50,329 crore in 2013-14 to Rs 5,244 crore in the first three quarters of 2019-20.

The measures taken by the government to address checking frauds include setting up of an online searchable database of frauds reported by banks for timely identification, control and mitigation of fraud risk and carrying out due diligence during credit sanction. The efforts also include enactment of the Fugitive Economic Offenders Act, 2018, to attach properties of fugitive economic offenders, confiscation of such offender's property and disentitlement of the offender from defending any civil claim. PSBs have been advised to obtain certified copy of the passport of the promoters/directors and other authorised signatories of companies availing loan facilities of more than Rs 50 crore.

They have also been advised to decide on publishing photographs of wilful defaulters in terms of the instructions of RBI and as per their board-approved policy, and strictly ensure rotational transfer of officials and employees, the minister said. "With regard to the det,anks, in which accused persons numbering 2,111 have been charge-sheeted," Sitharaman said. However, she said that CBI has said that "bank-wise data is not maintained as more than one bank may be involved in a particular case and one accused person may figure in a number of cases registered".